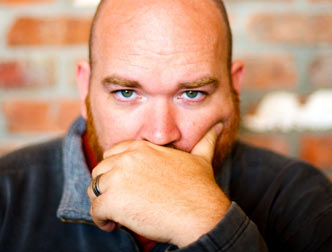 It’s all a matter of perspective, and Erik Hersman (aka WhiteAfrican) is fortunate enough to possess a truly unique one. Born in Kenya and raised in both Kenya and Sudan, Hersman feels truly connected to his African roots. Despite having the opportunity to go elsewhere and being educated in the United States, Hersman returned to Kenya after getting his B.S. in Business Management from Florida State University where he splits time when he cannot be with his wife and three kids in Orlando, FL.

Hersman is the leading voice behind popular blogs such as AfriGadget and WhiteAfrican, and he has also co-founded Ushahidi and iHub. As a result of Ushahidi’s success in the aftermath of the Haitian earthquake, Hersman became an important voice in the discussion of cyber security and subsequently weighed in on “The Subtle Condescension of ‘ICT4D’.” He was also one of the first members of the TED organization, and today enjoys the title of senior fellow.

His advice to young professionals entering the ICT4D field really stood out to me as an indicator of his way of thinking. “It’s easy to talk about things,” Hersman says “and funders know this. You know, make sure you build it, get some use cases, hear back from people who are actually using it, and then go to the funders and you’ll have a much better chance of furthering that project.” With this pragmatic approach to issues, and scientific method for making changes, Erik Hersmean has built a reputation for himself as a practical problem solver and an important voice in the definition and progression of ICT4D.

While we were in class on Wednesday I mentioned the explosion of internet interest that occurred while we were in our seats.  At 4:00am on April 11th,  CNET posted an article detailing the plans of The Calyx Institute, an internet service provider dedicated to protecting the privacy of its clients.

The ISP would not merely employ every technological means at its disposal, including encryption and limited logging, to protect its customers. It would also — and in practice this is likely more important — challenge government surveillance demands of dubious legality or constitutionality. -CNET

Now, Calyx Institute representative  Nick Merrill is certainly not making any friends by challenging every major telecommunications corporation in the country in addition to local police, and the FBI, but his fight is one that is on the minds of internet users everywhere. So, if you believe that individuals are entitled to the same privacy on the internet that they are outside of it, The Calyx Institute is the non-profit telecom provider for you. Actually, priced at $20 a month with no limits on data usage (like those being implemented across the nation), the Calyx Institute would easily be one of the best ISPs in the US.

Merrill received such high levels of interest from internet communities, that he created a page at Indiegogo to raise funding. The page was created just before our class was started, but by the end he had raised over $2000 from individuals. However, starting an ISP is not an easy task and will require millions of dollars for the Calyx Institute, so donate and spread the word to show your support and maybe Calyx will catch the eye of some institutional investors.

One Size Does Not Fit All

So, after reading both articles and Paige Wolff’s Blog post Checking the Check List I began to see Plan’s ICT usage planning system as just one of many methods for applying ICTs in developing countries based on the motives of the organization that is attempting to apply them. This was emphasized by Rahul Tongia and Eswaran Subrahmanian’s section entitled “Trickle Down, Watered Down, Upside Down” which directly contradicts the checklist by saying, in short, that sometimes it is appropriate to work top-down and sometimes it is appropriate to work bottom-up. They use the example of Microsoft’s Windows Starter Edition which was used on lower end systems to reduce the cost and features provided. In this case, they took a product that already existed and looked for places where it could be applied and do the most good, effectively flipping the checklist upside-down and putting step 5 first.

So this may be stating the abundantly obvious, but the method for determining ICT’s applicability is directly related to the type of organization performing the evaluation. ICT4D is approached from many perspectives, but the two most important are those approaching ICT from the perspective of a technology firm (think OLPC) and those approaching from the perspective of an aid organization (more like Plan International). In general, firms coming from the same perspective may be able to use the same checklist, but as Paige pointed out, no checklist is perfect for every situation even for a single organization. If you are confused as to the best method to pre-determine ICT usage, well, so am I. Thankfully, ICT effectiveness monitoring programs keep these programs in line.

After discussing Erik Hersman’s post on The Subtle Condescension of ICT4D and griping about little things such as his use of “we” I went back and reread the post to see if I could be a little more understanding. Unfortunately, while I admire Mr. Hersman  for staying ahead of the curve and constantly questioning the motives of organizations in the industry, I can’t help but come to different conclusions. Or rather, I can’t actually tell how much I disagree due to ambiguities such as the aforementioned “we”.

Although Hersman differentiates between ICT4D and ICT4$ he attributes ICT4D with setting false price floors and altering the way that markets function by taking opportunities away from African entrepreneurs. While taking opportunities away from locals is a serious development problem, ICT4$  projects are those that work most with the free market, and would be the most likely to be robbing entrepreneurs of opportunities  (assuming they are not started by a local). By contrast, an ICT4D project is one that the free market would not otherwise support. If the idea is unfeasible without government subsidies, international grants, and private fundraising, is it still an opportunity stolen? I’m not so sure.

Hersman also argues that the ICT4D itself is harmful to companies who want to be taken seriously as business ventures (though apparently adding a $ makes them much more serious). The counterpoint to this is, why would any company use the ICT4D label if it did not have any additional objectives that were non0just-for-profit? Couldn’t we just call these ICT companies? So, the problem is then that people are misusing the term ICT4D for companies that should not use it. From my point of view, this is simply something that needs to be corrected, not a flaw in the ICT4D concept.

I took three point away from Hersman’s conclusion:

Upon rereading the conclusion, I assume Hersman coined the term ICT4$ by accident and really just meant it as a way to stress “the ICT free market industry” and it was just bad luck that people started using it as the conclusive statement to his blog post. I agree with him that the term ICT4D either needs to be or has already been narrowed in its use, but I disagree that “we” as a development community need to focus on the free market aspect of technology rather than applying technology to the people who the free market left behind.

Expectations in Telemedicine for Developing Countries

With the recent developments in machines that can perform surgeries remotely, Telemedicine seems to be an unstoppable force in the future of health care. However, this unstoppable force still has to overcome issues in infrastructure, funding, culture, literacy, and countless other obstacles before it can reach its full potential. While reading out case study on the use of Telemedicine in Ethiopia I found myself exactly which branches stood the best chance of being implemented in a developing nations, and which among those were the most valuable. Considering those two questions, I found that the following were likely to be the most important for rural areas of developing countries: 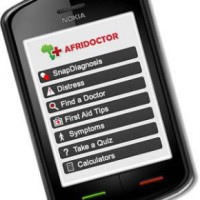 Obviously, these two branches do not cover all of the healthcare needs for rural patients, but both go a long way in providing convenience to rural citizens with minimal infrastructure needs. Telepathology in particular can prevent rural citizens from making long trips to the city to solve minor problems, and telepharmacy can help deliver and renew prescriptions for basic ailments. With the use of telepathology, local clinics can send images to doctors across the world along with a description of the symptoms in order to receive a diagnosis. These technologies also only require cameras, cell phones, and an internet connection, while teleradiodiolgy, telecardiology, and other branches require significantly more investment in equipment. In fact, the entire infrastructural requirements for Telepathology and Telepharmacy could be overcome by a single smartphone connected to a 3g network, which many of us take for granted as something we always have with us.

Each year the Mobile World Congress is held in Barcelona, Spain. This year the event begins on Sunday, February 26th and runs for one week.  All of the major OEMs and software companies use the even to highlight their newest models and vie for the attention of first adopters and tech bloggers who can’t wait to get their hands on quad-core Android 4.0 (Ice Cream Sandwich) phones. Microsoft is also using this even to launch the consumer preview of their latest operating system, Windows 8.

However, this year’s MWC may feature a few announcements that have nothing to do with quad-core processors and Super AMOLED+ screens and are much more relevant to lower income phone users. For example, the Windows Phone 7 update “tango” is aimed at devices with lower-end specifications. This means that Nokia, who has been pervasive in emerging markets, will now be targeting smartphone models to lower-income users, particularly those in Brazil and India where it has a strong presence.  Google’s Android operating system is also likely to gain a few new phones that can be marketed to low-income consumers.

There is no denying that smartphones will change the landscape of ICT as they enter developing countries, it is simply a matter of how long it will take to make them feasible.

In class we discussed the feasibility of a $75 tablet computer that could be used in the OLPC program. In fact, as we have seen in other blog posts both Intel and OLPC have developed their own tablets but failed to meet the price point that Nicholas Negroponte targeted. So the question remains: is it feasible to create a tablet or laptop that can be used for educational purposes below the the $75 price point? The folks over at DataWind have definitively answered that question with the creation of the Aakash tablet which was mentioned in this post. While  both Intel and OPLC  overshot their price estimates, Aakash is offering their tablet at

Assuming the previous post regarding the Aakash question is correct, the question an ICT4D analyst must pose is then: What more will it take to make this technology functional?

Without going too deep into the hardware specifications, we can summarize the difficulties faced by laptops and tablets in third world companies as follows:

Both OLPC and Intel have sought to solve a number of these problems with better quality hardware and thoughtful design (solar powered tablets, mesh networking on OLPC laptops). The problem is that this results in higher costs to obtain and repair.  The Aakash tablet takes a different tactic by creating hardware that is practically disposable. For less than the price of fixing the screen on an OLPC computer, you could buy a new Aakash tablet without a subsidy. Even without raising questions about the environmental sustainability of this approach, one must really wonder if this is a wise tactic. Going forward technology initiatives are going to need to acknowledge these constraints and advantages while designing hardware to ensure that the hardware matches the initiative.

ICT4D @ Tulane
Create a free website or blog at WordPress.com.