If you take anything from our ICT4D class, take away the common problems in ICT4D, and how to turn them to your advantage. One that stood out to me, most likely because it was in a Zimbabwe case study, was the solution to the “first mile”– to find alternative channels to reach your target population. Another salient lesson for those working in ICT4D, is to harness the local knowledge and make sure there is a shared ownership in whatever program you are implementing. And thirdly, make sure that if you upset the status quo, then consult with the community so they can create their own solutions.

Personally, I’ve learned a lot about top-down, one-size-fits-all development projects: what they look like, how to spot them, and when to switch to a better fit for my own program implementation. The ability to crowd source and build on existing technology are also helpful resources for a development professional. I cannot chose one most useful theoretical concept, but I’ve narrowed it down to two. One, the concept of leapfroggings is key to any ICT program being created for a developing country. Its simple and should be obvious, but sometimes it takes development professional to see it. Two, the concept of individual versus communal, for example a cell phone v pay phone or personal internet browser v FM radio. These concepts interrelate in that they both deal with how technology is used, whether it be influenced individually, communally, or competitively. In conclusion, an additional topic that could be explored in future semesters is: ICT4$ — the new movement, a push for private business models and entrepreneurship, instead of ICT4D non-profits.

Published by: Ministry of ICT

Published by: Ministry of ICT

a. Ministry of ICT, Postal, and Courier Services

a.   Digital Economy Rankings 2010: Beyond E-Readiness

b. Country and Lending Groups

Published by: The World Bank

Conclusion: Changes in early warning systems in response to ICTs will fundamentally change what is done and how. However, new ICTs also bring new concerns and ethical challenges. We must continue to monitor the effectiveness of programs and create practical guidelines for ICT4Peace practitioners.

In class on Tuesday, March 18, we spoke about the difference between front office and back office in terms of the potential for ICTs in education. On Thursday we spoke of ICTs for health.  This article is about technologies that keep you away from the office altogether—the doctor’s that is.  Most of these technologies are mHealth technologies, defined by Meredith on her blog here.  There are eight initiatives: “smart” pill bottles, health tracking briefs, ThriveOn for customized mental health help, wearable fall protection underwear, baby monitor clipped to clothes, smart footwear, smartphone thermometer, and Scandu Scout to analyze vitals on your smartphone.  These are all new concepts that were on display at a recent South by Southwest conference.  I am going to analyze the two types of technological underwear.  Pixie Scientific is the company that created the health tracking briefs, smart diapers that contain an indicator panel that tracks UTIs and monitors hydration to prevent disease.  These diapers sound like a great idea for public health, more so than the ActiveProtective underwear with 3-D motion sensors to detect falls.

However, if Pixie Scientific and ActiveProtective could combine the two?  How amazing!  They would be preventing UTIs by tracking hydration, injury with micro-airbags in the underwear, and a call for help.  The cons to these undergarments would be cost—Pixie Scientifics briefs are disposable and the infant version has been around for a while.  ActiveProtective must be brand new, because there is not any information online yet, but I can’t imagine micro airbags and whatever “call for help” technology is, is cheap.  Pixie Scientific seems to still be in its research stage.  I found a funding project for the program on indiegogo.  The company claims they will use the $21,491 raised to “fund manufacturing, a data-gathering study at UCSF Benioff Children’s Hospital, and another study meant to collect data for FDA registration”.  Mainly these diapers will screen for: urinary tract infections, prolonged dehydration, and developing kidney problems.  According to UrologyHealth, approximately 40 percent of women and 12 percent of men will experience at least one UTI in their lifetimes.  I’m a big fan of these diapers because I’m a public health major, and if they can reach their stretch goals: to search for endemic diseases and screen for early signs of type 1diabetes, that would be a huge deal in terms of promoting higher quality of life through disease prevention.

What percentage of GDP (Gross Domestic Product) does the ICT Industry take up in Zimbabwe?  The World Bank provides us with the percentage of total goods imports that ICT goods imports take up.  These include: “telecommunications, audio and video, computer and related equipment; electronic components; and other information and communication technology goods. Software is excluded”.  Zimbabwe’s ICT goods intake decreased from 4.2 percent in 2004 to about 3.6 percent in 2010 (see figure 1).

Hoping this was due to an increase in exports, I was let down to find that despite a slight increase from 0.1 percent in 2004 to 0.6 percent in 2008, the country bottomed out in terms of ICT goods exports in 2010 (see figure 2).  This is about on par with the rest of its neighboring countries in Sub-Saharan Africa.

In Zimbabwe’s ICT Strategic Plan, there is an evident focus on production and industry.  For example, three of the country’s overarching goals are to: create new competitive business opportunities for the growth of the ICT industry, accelerate technology commercialization in support of small and medium enterprises, and establish ICT technoparks and incubation hubs.  Due to the strong neo-liberal values still in place since the country’s colonial time period under British rule as Southern Rhodesia, Zimbabwe’s economic landscape is highly tuned towards stimulating and sustaining economic growth.  Therefore, the goals for ICT production trend towards promoting ICT commercialization, technology transfer, and collaborating with international organizations and companies.  This does not mean that regional projects are not promoted, but the local ICT in Zimbabwe are named “initiatives” in national policy, as many are still only at a preliminary stage.

The proof of the neoliberal views of Zimbabwe’s government and foreign policy initiatives are seen in the amount of foreign economic involvement in the country.  Foreign direct investment in Zimbabwe as a percentage of GDP has gone from 1.7 percent in 2009 to 4.1 percent in 2012, according to the World Bank Development Indicators.  Besides Mozambique, which has an unhealthy upward trend in new investment flows, Zimbabwe is one of the highest countries in Sub-Saharan Africa in terms of international lasting management interest in its economy (see figure 3). 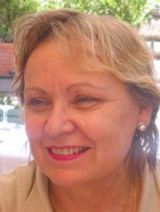 Anita Kelles-Viitanen is the Secretary General of the Advisory Board for Relations with Developing Countries in the Finnish Ministry for Foreign Affairs.  Our class read an article by her for our 1.10 class on Poverty Reduction.  This article, named “The Role of ICT in Poverty Reduction” shows Kelles-Viitanen’s long background as a supporter for ICT4D.  She is a former manager of Social Development at the Asian Development Bank (ADB), whose new mission is to reduce poverty.  According to this article written by Kelles-Viitanen on Project Syndicate, ADB changed its objective from “economic growth: to “poverty reduction” in the late 1990’s; this may be the reason Kelles-Viitanen left.  As with many NGOs participating in micro-finance, who discard NGO status to become true banks when the costly to operate program incurs high transaction costs.  Although ADB still seems to be considered an NGO, their current motto of “an Asia and Pacific region free of poverty” seems mere invention. Kelles-Viitanen is an accomplished writer, and you can find many of her books on amazon, many on international development in Asia.   In my Google search of her, I found two more articles written for the Indigenous Peoples Assistance Facility (IFAD) Innovation Mainstreaming Initiative (and the Government of Finland).  One, titled “Custodians of culture and biodiversity: indigenous peoples take charge of their challenges and opportunities”, I talk about here, the other you can find here for further reading.  From the executive study, I deduce that Kelles-Viitanen is a strong believer in climate change, and approves of the mitigation approach versus adaptation.  For this article, Kelles-Viitanen went through 1095 proposals submitted for funding, proposed by the indigenous peoples and their organizations (from NGOs, CBOs, business organizations and companies, exporters’ associations, ministry departments, state institutions, municipalities, trade unions, university departments/academic institutions, church associations, and co-operatives to consultancy organizations).  These organizations, from Asia, Africa, the Middle East, the Pacific, the Caribbean and Latin America, suggested solutions to solve indigenous poverty.  On the cover of this article is a Chinese painting, taken from her collections, showing she not only has the dedication to read through copious proposals, but that she also truly is a “custodian of culture and biodiversity”.

As mentioned in our lovely textbook, the Intermediate Technology Development Group, now known as Practical Action, is one of the few programs using ICTs to provide the information needs of the poor people, not the donors.  The reason most projects do not focus on the demand side is because “people cannot ask for things of which they are not aware or have not yet experienced.” (Unwin, 57).  The important point to take from this blog post is that there are similarities in the needs of the poor in different countries, but there are also significant local differences in need and ability to gain access.

Therefore, with no further ado, let me introduce you to this organization by asking you to watch this hilarious two minute video on what they do in Peru, then we will move on to a case study in Zimbabwe (my country for this class)!

If you don’t want to watch the video, here is a short description of the organization: it is an NGO that uses ICT to challenge poverty in developing nations.  Enable poor communities to build their knowledge and produce sustainable solutions for things like energy access to climate change to enabling producers to create inclusive markets.

In a rural community in Zimbabwe, residents now have electricity, unheard of in most rural areas of the country. This is due to the implementation of a micro-hydro generator constructed by Practical Action Southern Africa, funded by the European Union.  It has provided life-changing scenarios in basic education, sanitation, and healthcare, not to mention the ease of television to receive the local news.   Before, one farmer had to travel 64 kilometers (39 miles) to find out the current market prices.  What is so very neat about this case study is that it is very sustainable (as well as renewable and good for the environment), meaning that this community can fix the system themselves and enjoy significant improvements in their lifestyles and prosper from their electricity supply.

Empowering poor individuals and marginalized communities is what one main goal of ICT4D should be, and this organization is a good example of an “appropriate balance between supply and demand, between the aspirations of those seeking to implement the initiative and the needs of those who will be using and implementing them.” (Unwin, 70).

ICT4D @ Tulane
Create a free website or blog at WordPress.com.