Is Radio Tuned in to Our Needs?

There are estimates that say between 80-90% of family households in Africa have access to a functional radio. Radio, in many aspects, has been an amazing tool for development in many countries, particularly for those in Sub-Saharan Africa.  In an area where large percentages of the population are illiterate, radio is often the main way in which people receive current information. The information given through radio broadcasts can include weather reports, news reports, or other pertinent information. Electricity in many of these rural areas is also often very limited or nonexistent, giving battery-powered radios another major benefit.  But there are some important aspects to radio use that can’t be ignored.

Radio, in its common and traditional form, is a one-way flow of information from broadcaster to listener. As a consequence, this doesn’t necessarily foster any engagement or communication between the two parties. Imagine having a conversation with a friend where you weren’t able to ask them questions but could only passively listen to them.  While you might gain some valuable knowledge, this kind of communication has its limitations. With the rise of other technologies such as mobile phones and internet, is radio on its way out? There are many other types of ICT that allow for two-way exchanges, but could they fully replace radio? Have you heard of any initiative that attempt to somehow combine the two? Radio has so many benefits including its affordability and its prevalence and availability in these rural areas. I’d be curious to know what other people think about radio’s future role in the ICT4D world.

CAMELTEC: Minimizing the Effects of Climate Variability in Peru

This case study focuses on radio’s contribution to the livelihoods of Alpaca farmers in the Peruvian Andes. Over recent decades Alpaca farmers have seen an increase in climate variability, which has led to a set of cold spells that have killed livestock, reduced birth rates, introduced new diseases, and reduced yields of their herds. In 2008 the Peruvian NGO Desco joined with Oxfam GB to pilot the CAMELTEC project “aiming to address technological, social, political and institutional issues that affected these communities.” CAMELTEC was based around information access–using radio to offer meteorological warnings and advice on how to reduce the impact of climate variability on animal death. Radio broadcasts were provided in preparation of weather events and throughout the events themselves. Additionally, CAMELTEC offered information on market pricing for alpaca wool, institutional support from local governments and more.

Specifically, CALEMTEC applied this information through a weekly radio broadcast called Amanecer Alpaquero (Alpaca Farmer’s Daybreak), provided in both Spanish and Quechua (the most important indigenous language of the region). This program was popular not only because of its informational value, but because of its use of humour and music. The program also offered women a unique opportunity to provide input, giving farming women opportunities for learning which were unavailable before because of cultural and family reasons.

This radio program was very successful, reaching around 2,000 people instantaneously at a very low cost (only $900 a month). More than 80% of respondents said the tuned in weekly to the show and since the start of CAMELTEC the mortality rate of alpacas has been reduced from 18% for adults and 25% for calves to 12% overall, saving about $500 worth of livestock per farmer.

I just saw something on the news several days ago saying that the first online marketing system for livestock in Zimbabwe just came out last month. Now Zimbabweans can now buy and sell cattle online, which has brought farmer with more efficiency to trade animals at an industrial level.

The portal founder, Allister Banks said, “I have over 20 years’ experience in the livestock marketing industry and I know that I am up against a hundred years of tradition. The industry has relied on live cattle auctions but we are saying that does not have to be the case anymore, thanks to improvements in technology.”

Before that, the buyers had to physically go to farms or auctions to purchase livestock, and then transport the livestock on their own. Now they can just put up their cattle for sale on the website through a cellphone. From this case we see similar applications in Kenya about the mobile technology use in banking and business. Likewise, payments are also transferred through mobile payment systems. 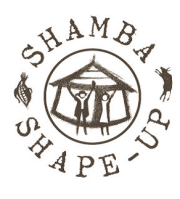 All of us have either heard of or seen make-over shows in the US, but “Shamba Shape Up,” a television show in Kenya, provides a different type of make over.  Each episode of the show features a farmer who is struggling with his business. The Shamba Shape Up team swoops in and teaches the farmer how to improve his crop yield by planting different crops, installing new irrigation systems etc, often calling in experts to explain and demonstrate the recommended changes.

This article talks about the success of the show since it was first broadcasted in 2007. Mostly funded by the Department of International Development in the UK, Shamba Shape Up also incorporates an interactive aspect. Viewers are encouraged to text or e mail questions to the show, some of which have served as inspirations for entire episodes. Viewers can also text in requests for informational pamphlets and communicate questions on the show’s Facebook page, which is getting more and more traffic as Kenyans start to enter the world of social media.

Although it may seem unlikely that many rural Kenyans would have access to televisions, it appears that the shows audience is quite large. In just one season of the show, 16,000 leaflets were requested and over 22,000 text messages were received. Viewer surveys are also promising. 40 percent responded that they have changed their farming practices after watching the show, and 91 percent responded that they had learned something new. A similar show, Makutano Junction, which focuses on general development issues has 7.2 million viewers in Kenya, the majority of whom live in rural areas.

I think that Shamba Shape Up is an excellent example of a way to combine several types of ICTs in a way that is fun, entertaining, and can help a lot of people.

Here’s a clip of the show where they talk about drip irrigation:

One topic that we haven’t covered in class, that really interests me, is the role that ICT plays in both predicting and preparing for disasters, but also during disasters, especially in developing countries where infrastructure is already so fragile. According to an article by the UN, satellite and Geographic Information Systems technology has been incredibly useful in mapping when and where it is likely that a natural disaster will take place. These satellite initiatives have mostly been taken upon by large international or intergovernmental organizations, and even some federal governments (one example being China) are getting involved with funding and perpetuating projects that will better help monitor disaster and environment issues.

Another example of the usefulness of investment in satellite technology is in Afghanistan, where using both satellite data and word of mouth was able to compile statistics about the amount of lost crops, and develop an early warning system for droughts. This also helped Afghanistan considerably in getting food aid as they waited out the drought, by providing tangible evidence to outside donors. The availability and accessibility of this type of satellite imagery also proved extremely useful during reconstruction after disasters, by providing tangible images of the most remote areas that aren’t accessible by roads, and giving relief workers and development officials a more complete image of what will be needed for reconstruction and rebuilding. While the usefulness of this type of technology for developing countries is immeasurable, it is also a technology that is not accessible to smaller nonprofits or individuals within the communities, and it is not clear how effectively the large organizations and federal governments disseminate this information to the public. Making this type of technology more accessible is an issue that may not be easily solved, because of the technical experience required to maintain certain systems, but this means in Afghanistan (for example), the farmers, while they benefitted because of the aid that came because of satellite research, were not privy to what government officials saw as causing and perpetuating the drought, as well as not being able to access the images that explained exactly what was going on. The article does acknowledge the usefulness of certain communication technologies during disasters though. Radios especially are highlighted as being key to the perpetuation of relief activities. Not only was it key for communication between aid workers, it also proved useful during the earthquake in Pradang, Indonesia, when the mayor got access to the last surviving cell phone tower and was able to broadcast messages to the public and maintain a sense of order amidst the crazy atmosphere that exists post-disaster.